You never get tired of looking towards the city.

Even on a cloudy, drizzly, cold, windy, autumn day, Cape Breton Highlands National Park is a revelation.  Cape Breton is an island off Nova Scotia.  Buffeted by the winds of the Atlantic Ocean, the rugged beauty of the island is a sight to behold.  As you drive through the Cabot Trail along the coast, you will pass through this incredible natural wonder.

Driving through Nova Scotia, the seaside towns, the rugged coastlines, the friendly people already provided enough memories to last a lifetime.  And as we drove to Cape Breton, I had expected to see more of the same.  Well, yes and no.  The people were friendly, but the island is more exposed to the winds and tantrums of the Atlantic.  And as we drove through the coasts, the road winding through the mountains on one side and the Atlantic on the other, I could not help but think that I was the luckiest man on the planet.  I know countless people have witnessed the beauty of Cape Breton.  Yet to see it for the first time, to feel the cold crisp wind in your face as you stop and marvel at each curve in the trail, to experience the raw power of nature and the raw beauty that it has to offer – there are few places in the planet that elicit such awe.

I didn’t spend enough time at the park.  That much is certain.  A few hours hiking barely gave enough time to grasp the true beauty of everything that was around me.  Here, at least, are some images from this incredible spot on an incredibly beautiful island known as Cape Breton. 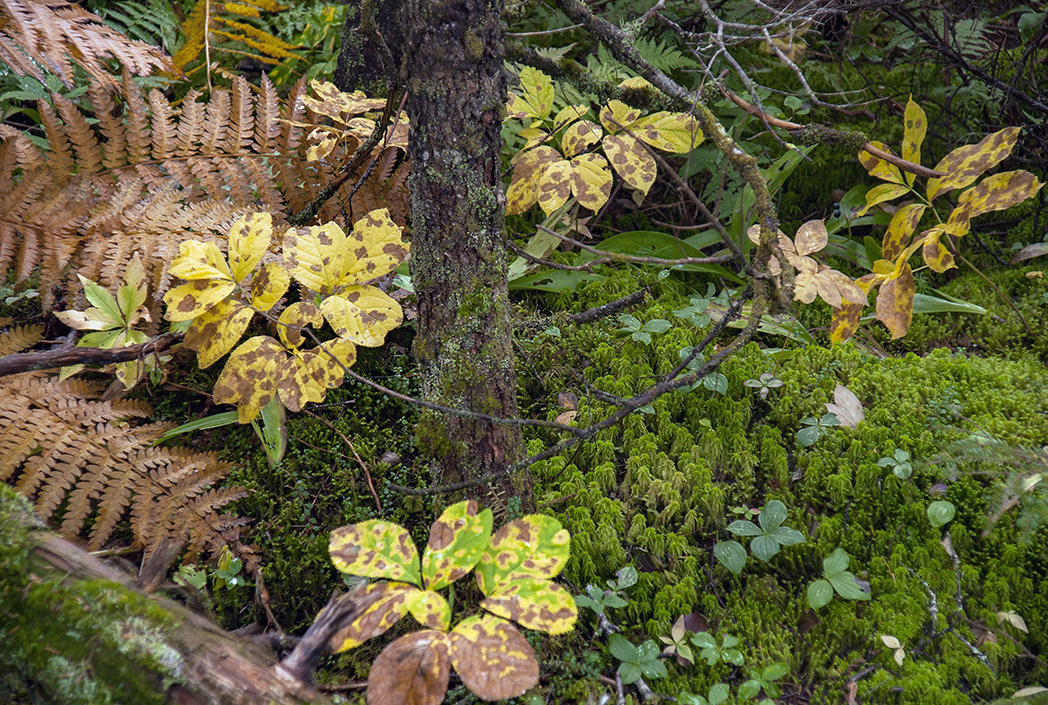 This was proving to be a wonderful hike through the highlands.  And then, the forest gave way to the coasts.  What a sight to behold.  I ran into these two women who bicycled their way across Canada.  From Vancouver, to the Canadian Rockies, to Cape Breton – they must have seen so much of what I still long to see.  Probably not on a bicycle, but someday – there are still so many places left to explore.

The winding roads, the clouds over the ocean, the wind, the trail went on towards vistas that boggle the mind. 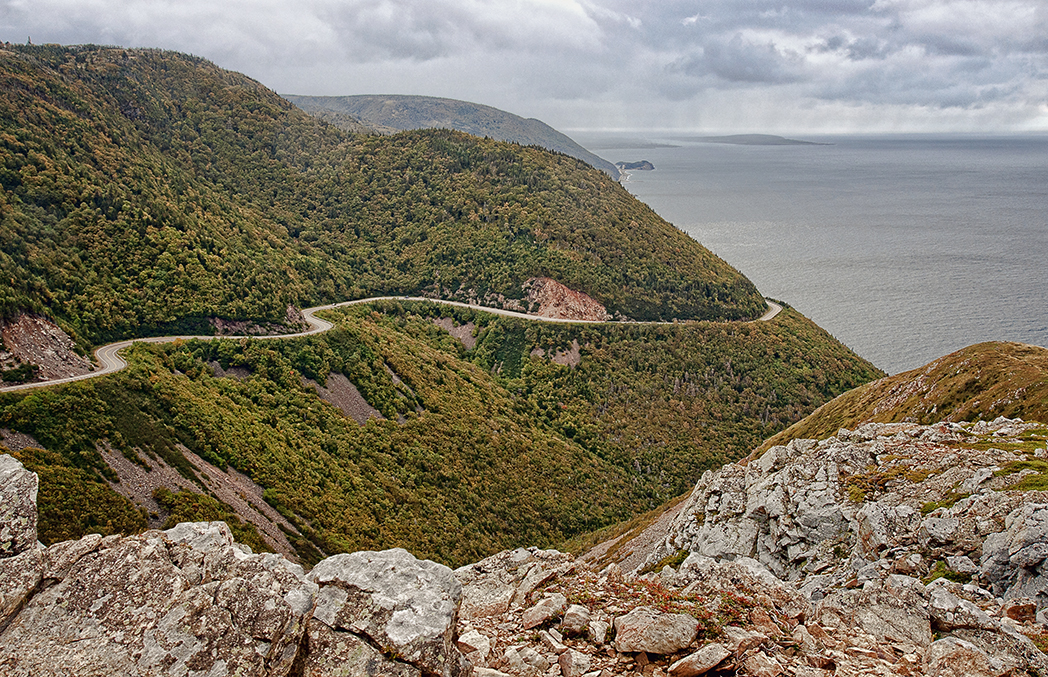 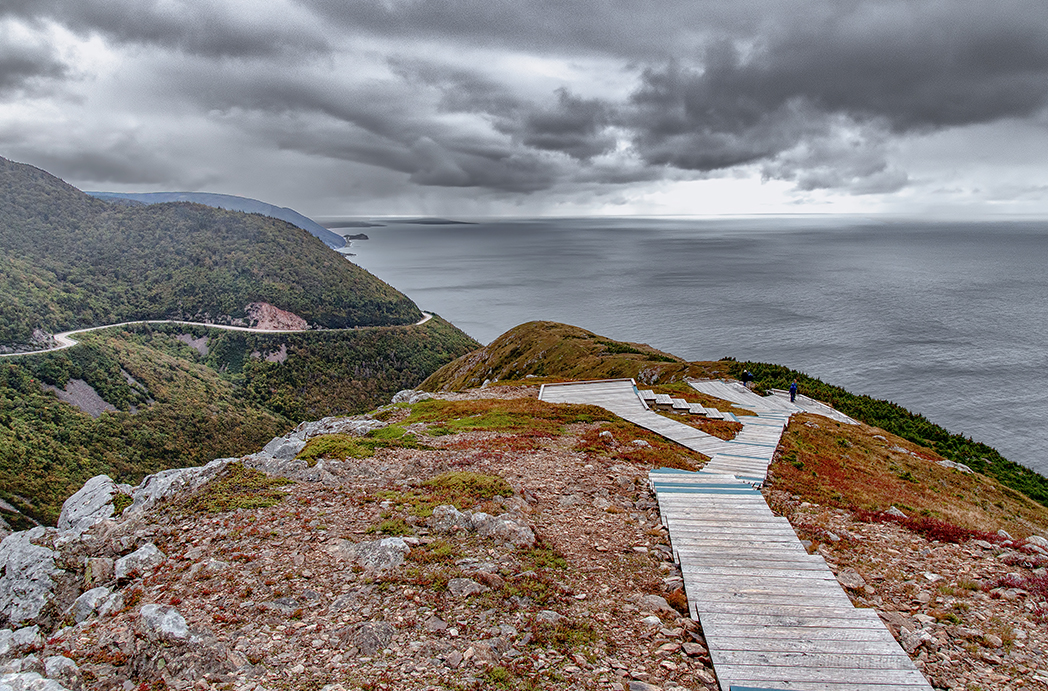 And then, the sun peeked through.  Just a smidge of sun, a few ticks of the clock – it was enough.

Sometimes, when a place is really special, even a moment is enough to capture a memory.  And strangely enough, all the time in the world is never enough time to spend in that same place.  Cape Breton and Cape Breton Highlands National Park.  I hear the siren call.

On the first few days of our trip to Nova Scotia, the sun bid adieu and the clouds rolled into view.  A drizzle here and there reminded us that the Atlantic Coast can be unforgiving.  And yet, in the dank grey skies, you saw the beauty of the land that the hardy Nova Scotians call their home.  The jagged coastline, the waves crashing incessantly on the rock strewn shores, the wind occasionally blowing in your face.   Autumn’s colors had not yet come. The mostly monochromatic views accentuated the ruggedness of the land. When the skies are grey and the wind howls, I sometimes think of those days in Nova Scotia.  And I smile. 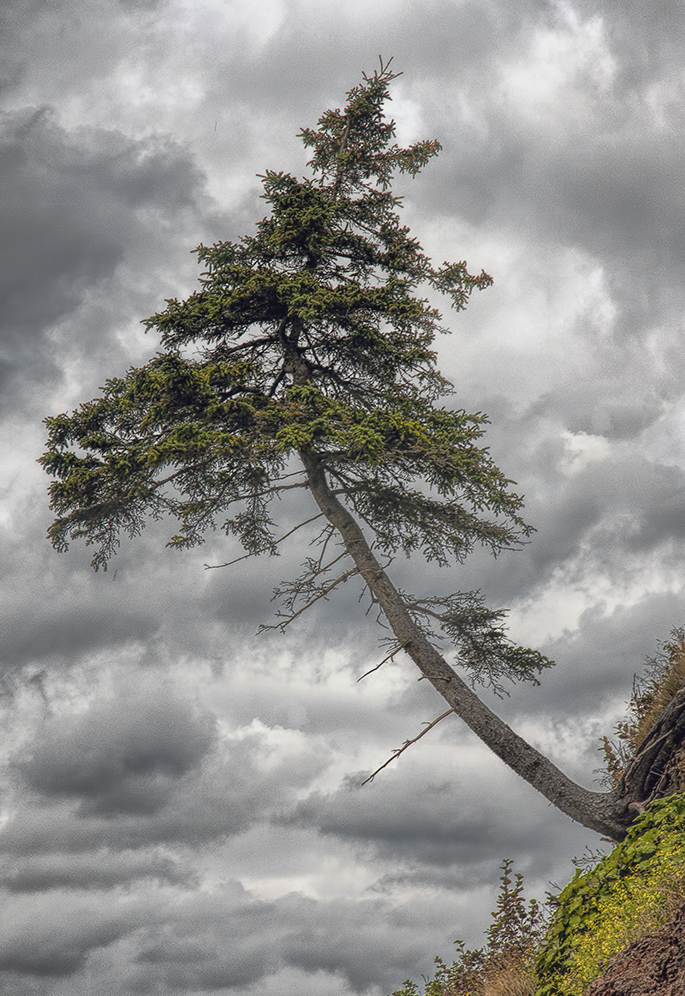 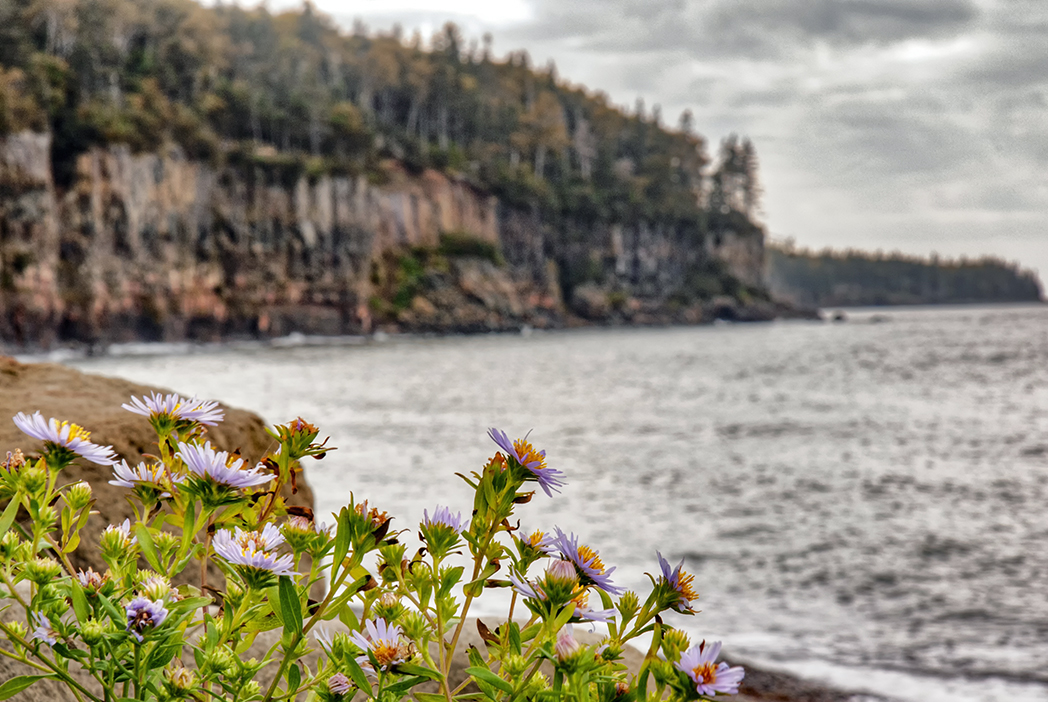 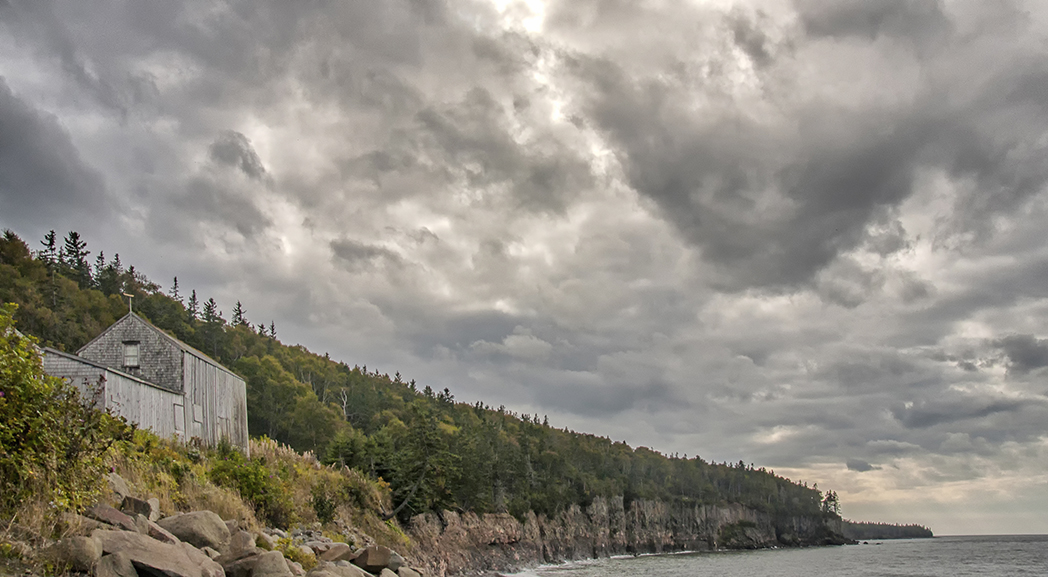 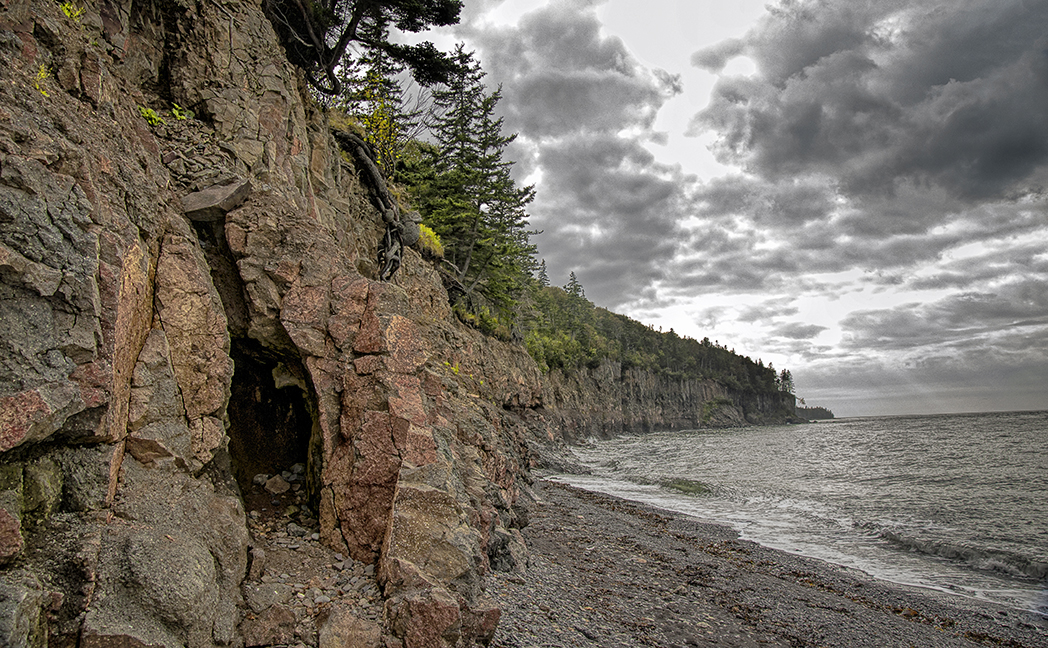